Church, grief, grief and music, hymns, Let There Be Peace on Earth, loss of father, loss of loved one, loss of parent, Music

This morning, I supercried at church – weeping like a small child.

The song was “Let There Be Peace on Earth.” Beyond the voices of the choir, I could hear the sound of my dad’s voice…

Let there be peace on earth, and let it begin with me…

My dad would sing the song with every fiber of his being. His (probably) tenor voice would sing each syllable with intent. As a civics teacher, a Genocide survivor’s son, and a person who believed Christianity was an active faith, the song was probably the best representation of what he believed.

Let peace begin with me, let this be the moment now…

And so, when this song is sung as it was today with the choir, every piece of my being remembered him. I remembered his articulation of faith, of his voice singing a song that was a prayer in his heart. I remembered our time sitting next to one another in church as my faith grew next to his more matured, more articulated faith.

Songs connect us with people and the past. Of moments of joy and of losses. We know what we no longer have, but we know that we’ve been given the gift of something spectacular – the holiness of song, of love, of spirit.

Let there be peace on earth, and let it begin with me.

All Saints, All Saints Day, grief, loss of father, loss of loved one, loss of parent 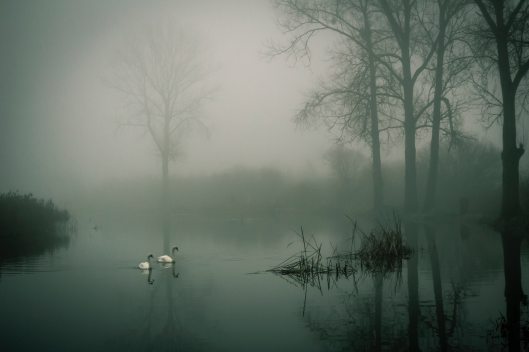 Death’s bite clenched my heart again this year. While the loss of my dad stings even almost 14 months after his death, I’ve had three friends pass in the last week.

The third friend died on November first: All Saints’ Day.

The thick fog of grief hovered as the new month was ushered into our lives. From the deaths of years ago to the crisp new blustery winds of grief’s winter, my heart feels deep sadness. Even when the people who die aren’t the closest of friends or relatives, often we feel off. Like a mild cold or minor infection in our bodies, something is not quite right. We aren’t crying for hours, but our minds are distracted.

This is grief too. Even when someone isn’t close, their loss impacts our world because our connection with one another is deep and eternal. 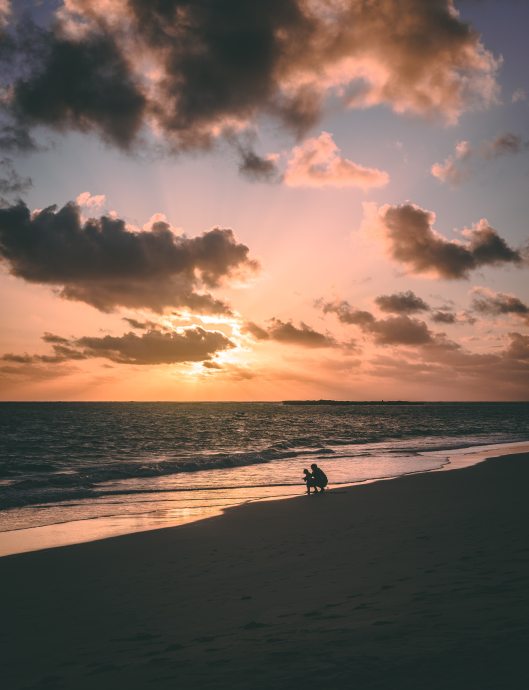 Years ago, I came across a scene of Grey’s Anatomy in which Dr. George O’Malley had just lost his father. He was standing outside of the hospital when Dr. Cristina Yang approaches him. The two engage in the following conversation:

CRISTINA: “There’s a club. The Dead Dads Club. And you can’t be in it until you’re in it. You can try to understand, you can sympathize. But until you feel that loss… My dad died when I was nine. George, I’m really sorry you had to join the club.”
GEORGE: “I… I don’t know how to exist in a world where my dad doesn’t.”
CRISTINA: “Yeah, that never really changes.”

This scene rapidly came to mind on September 18, 2017. Early that morning, I became part of the Dead Dads Club. In a fog of exhaustion, I was thrown into a fraternity of humans wandering in grief.

It’s a permanent club with new members joining us every day. Since my induction, I’ve noticed more friends joining the club. Some joined after their dads perished following a long illness. Others were whisked into the club after a shocking death. I wish I could close the door on their membership. I wish I could delay their painful initiation. And yet, they joined us in the mournful ranks.

This year, many of us are enduring our first Fathers’ Day in this club. We scurry past the Fathers’ Day cards at the store. We try to forget what this Sunday is. We may be grateful that we don’t have to go to places like church where Father’s Day is all over the place. We hope we can make it ten minutes at a time throughout the day, knowing it will be a full year before the next one.

Ugh. Just ugh. I hate all of this.

Like George O’Malley said, I don’t know how to exist in a world where my dad isn’t. I still feel like he’s just in the other room when I talk to my mom. I still feel like I’ll catch up with him a little later. I still want to call him when I hear something happening on the news or when I remember something I learned in his Civics class.

But he’s no longer here. And I have to live with this for the remainder of my life here on earth. Part of my brain just can’t grasp this. I don’t think I ever will fully wrap my mind around the world without my father.

So here I am with my fellow “club” members. We all don’t want to be a part of this club. But we are glad that we don’t have to journey alone – not that we want others to have to go through this pain. If we all have to face the pain, at least we can be there for one another. I give thanks for the friends who reached out this week who happen to be enduring similar pain. I give thanks for the friends who sat and waited at the funeral home – just in case I needed them at any point. They are my cohort, and with them we will make it.

So for the day or whenever I need, I rely on God’s mercy and grace to allow what tears may need to fall. I give myself permission to reach out to others in this dreadful club. Because through God and neighbor, we may find some peace along the way.

Birthday, first year after death, grief, loss of father, loss of loved one, loss of parent

Today’s the first time we exist in a February 7 world without my dad in it. And as many of you are well too familiar, this is bizarre.

Most years, I would try to call my dad at midnight. Of course, this would be 11pm CST, a point that wouldn’t matter to him.

Last night, there was no one I could call to wish those birthday greetings.

Dad was born on the seventh day in February in the seventh hour. He used to indicate how the number sevens were lucky for him.

Today would have been his 77th birthday. So on this seventh day of February in which my dad would have been 77, make this world a stronger place. Tell someone what a fantastic job they are doing. Call you congressional leaders to speak your needs and the needs of those marginalized. Watch the news, register to vote, learn the faces of our congressional leaders, or just be a good human today. That’s what Vincent Torigian would want for his birthday.

And Dad, as you abide on that side of heaven, may you feel the love that all of us are sending you on your birthday. Miss you so much. 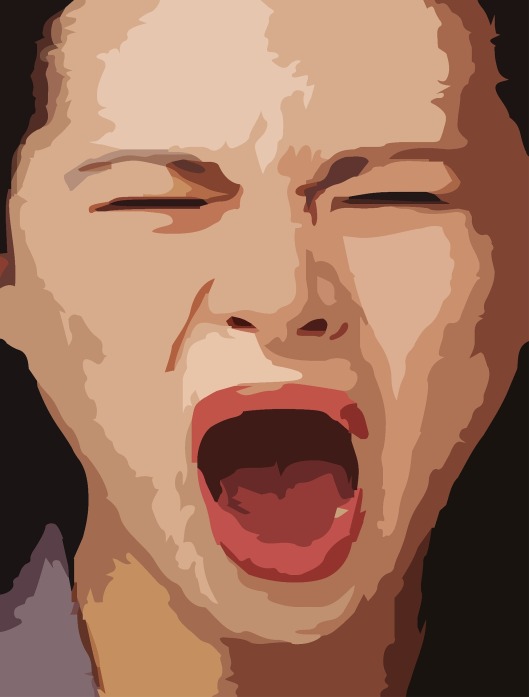 God, whose presence vibrates between my vocal chords,
Yesterday, I wanted to SCREAM.

I’m not exactly sure what possessed my soul to enter the shadows-
I was standing in the glue aisle at the craft store-
But in that moment of retail therapy
All I wanted to do was scream!
And cry!
And stomp my feet!
And jump up and down!

Glue-shopping usually doesn’t do this to people – nor to me.
But my inner two year old was wrestling with the things I can no longer have.

God, may my screams be internal.
May they not be eternal.
May my desire for screams melt into tears.

And if I need to scream-
Help me to find a serene open space that will welcome my vocal punches.

My father passed away on September 18, 2017 after a sudden illness. In the coming days, more prayers and posts which I’ve written recently or that I will be writing will be included on this blog.