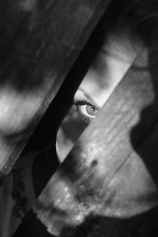 As I stood at the communion table on Sunday morning, what breezed through my mind was a world in which I could no longer be a pastor because of my gender.  I suppose this came to my mind since I had been watching The Handmaid’s Tale and reading various news stories about women.  I worried about the end of pastoral opportunities for women.  And so, I bring you this piece of pastoral dystopia.

I was beginning to become flushed again.  Middle-aged and hot flashes.  But, of course, no air conditioning in the house we were abiding within.

We were just happy to be there – happy to be living with our sisters in Christ.  We were delighted to be able to spend time laughing together – talking about our clergy stories and anecdotes of life in and out of the pulpit.  We were living in a time when we could be completely ourselves and, yet, continuously on edge that something devastating could be happening in the next few minutes.

My dad was my government teacher.  Now, I was only a teenager at that point, so I don’t remember everything.  But what I do remember was that my dad told us in class that he would be one rounded up and killed under some regimes.

Why?  Because he was an agent of change.  He spoke about politics and government.  And he wanted us to think for ourselves.

Fortunately, that was thirty years ago, and he was able to freely practice his calling as a teacher-

And only thirty years later, I wish I had that same freedom.

I became a pastor in my late thirties after sensing a calling ten years earlier.  The beauty of my ordination day was being able to stand at the table and boldly claim the words of Christ…

What a moment in my life to be celebrated.  Finally, I was able to live fully into my calling.

But less than a decade later, things began to change.  More women were being laid off from jobs- fired, thanks to the fundamentalists in power.  More propaganda drove the importance of women birthing children.  “Women shall be saved through childbearing” was the mantra we heard over and over.

I wasn’t called to be a mother.  I thought that was my path at one point, but then my fallopian tubes twisted and turned.  Meeting the “right guy” didn’t happen until close to perimenopause anyway, so the chance of babies happening were decreasing with every breath.

And while I was mostly content with the way life turned out, hearing them chant the mantra over and over again was a knife through my heart.

Are we more than our uteruses?  That’s what we would ask ourselves.  I felt like I was no more than one or two organs in my body.

Number forty-six became president just a little before I turned forty-six.  And I was out on the streets protesting his every word and every act.  He was a “good Christian man” according to some of our colleagues.  Morality was his focus.  Making families great again was his vision and his mission.  He wanted women to be baby-making Stepford Wives… submissive, subservient, and silent.

And this was not who I was or who I was called to be.  I was more than my uterus and milk ducts.

I considered moving to Canada to find a pastoral position there, but many women were doing the same, so the chance of finding a job was minimal.

Eventually, mine name was put on a list – along with the names of fellow female clergy.  We were the enemy.  We had said too much and protested too often.  We were responding to the call of God to oppose the current theocratic system in place.

I didn’t know what to do.  I was in a constant state of anxiety – especially losing my agency after being so independent.  I kissed my loved ones goodbye, because I knew they would find me with them.

And I went underground with my sisters of the cloth.

Some were very pregnant with their own child, but since their names were on the list, they too were enemies of the state.  Others of us were heading into our peri- or menopausal years.  We knew one another well.  We knew that we were more than our wombs and were willing to live in a community that cherished our agency.

We weren’t sure what forty-six’s administration did with the women clergy they caught.  Were they dead?  Were they forced into marriages?  What about our lesbian sisters – were they able to love their spouses freely anymore, or were they sent to camps?

If they caught us, where would we go?  The camps?  Prison?  Would we be tried and killed?

This was our fear.  Every day.

And yet we comforted each other every day.  We sang songs, talked about our great loves, the adventures we had pre-ministry and even some during our clergy days.  We would binge watch the DVD shows smuggled into the safe house.  A couple of our clergy brothers would bring us what we needed a couple of times per week, but otherwise, we weren’t exiting our current abode.

The one ritual we made sure to embrace was communion.  Each night, right before retiring to our corners of the home, we would bring out a few pieces of bread.  And every night we would take turns repeating the words that Jesus gave us – right when he was about to be captured.  We knew that if we were captured we would follow in the steps of Jesus the Christ as we were faithful to the end.

Tonight was my night to lead.  Would this be the last time I spoke the words of institution?  Would they be coming for us tomorrow like they did with Jesus?  Would I be ripped from this space and forced into a life where I couldn’t say those words again?

On the night before Jesus died, he took the bread and broke it…

Lifting the break and tearing it apart, I wondered if my body would be torn to pieces.

Likewise, after supper, Jesus took the cup and blessed it…

I passed it around, knowing that we could all be drinking from the same cup of Christ because of our choices to remain faithful to our calling and to God.

As the drops of juice filled my mouth and I swallowed it, a tear slid down my face.  It wasn’t the only tear in the room, and I didn’t feel the need to hide it.  We were in the valley of the shadow of death, and I still feared evil.  I may sense the presence of God next to me, but much of the Body of Christ wanted to amputate us, discarding us into a wasteland they created from their distorted relationship with the Divine.

At least tonight – maybe for the last time – we were once again given a table in the presence of our enemies, remembering the boldness of Jesus the Christ.

Note that I want to add a short while after publishing this post:

I wrote this from my perspective which is still very privileged. But I don’t want to forget about the people who were not able to get ordained because of their sexual orientation, gender identity, or race and whose standing was taken away because of their sexual orientation. We should be working every day to ensure that all people are able to freely live into their callings.

6 thoughts on “The Pastor’s Tale”