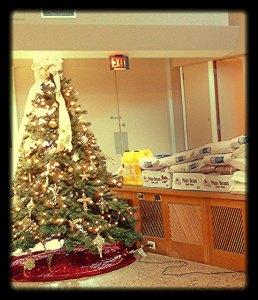 This time of year charities collect monies to help our fellow sisters and brothers in need receive food, clothing and other items they may be missing in order to have a Merry Christmas.

For many, many years, I have heard the following in conversations when collecting goods and monies:

People love to give to others who seem to be the rule-followers, who seem to behave just like they do.  On the other hand, people in generational poverty, single moms, divorced parents, addicts and others who are not working are judged for their place in this world, their “lifestyles” and their perceived lack of initiative.  When it comes down to individuals giving, people like to sort out their giving based on who deserves it more.  I suppose it’s because, according to American society, people who we can see trying to make their lives better deserve more help than the ones who seem “lazy”.

We justify our giving based on the types of hardships people have and how much work they are doing to “pull themselves up by their own bootstraps.”  More often than not these days, I hear of people giving reasons why they are helping this group and not that organization, and it often has to do with the quality and quantity of the recipients’ work.  Likewise, organizations and churches will also vet who will receive toys and other care items.

Jesus once tried to justify his giving.  “Let the children be fed first, for it is not fair to take the children’s food and throw it to the dogs,” he said to the Gentile woman who looked and acted differently than him.

But this woman wouldn’t let him justify any further: “‘Sir, even the dogs under the table eat the children’s crumbs.’” (Mark 7, NRSV)

The one time Jesus actually tried to rationalize his giving, he was corrected.  At least in the book of Mark, this narrative seemed to be the last time Jesus ever tried to justify help.  He never claimed that some weren’t worthy of healing.  He just healed – no matter what they looked like or how they sinned.  Jesus fed the multitude without concerning himself that some didn’t deserve food.

What if we were more like Jesus, open to all and providing for others without concerning ourselves whether or not someone warrants a donation?  And yet, we still ask:

When you work in non-profits, you often see the nuances in life experiences of those in need.  Just because a single mom doesn’t work does not mean that she is being lazy.  There’s a great chance that she is suffering from a physical disability that prohibits her from working on her feet 40 hours a week or the 70 hours she needs to take care of herself and her children.

Because of a broken economical system, she may not be able to afford childcare even while 40-plus hours per week.  It’s much cheaper for her to live with government assistance than trying to pay for childcare and work full-time.

I’ve met many women who had stayed at home taking care of children for many years.  After the divorce, their self-esteem was shaky and their way of living changed drastically.  Many wanted to go back into the workforce, but being a stay-at-home mom left gaps in their resume, creating a challenge when finding a job.  Thus, taking a job took longer for many of these parents.

When someone has a mental illness or an addiction, it truly makes holding a job more difficult.  It can also mean that people are forced to live without a home.

We don’t know what it’s like to live in their shoes.  But any of these things could happen to us.  Easily.

So please, for the sake of every human on this earth and Jesus the Christ, the person in whose name we celebrate Christmas, let’s stop justifying our giving.

1 thought on “The Distraction of Justifying Our Help”