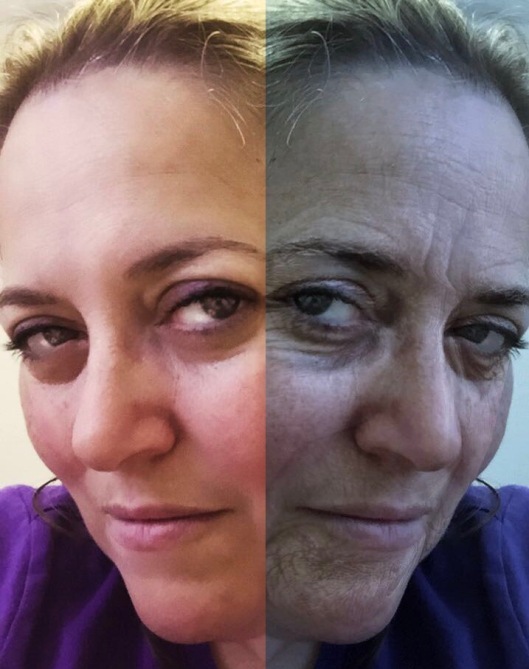 Now, I fully do not think that I am “old.” But some turning point happened during the year – of course due to life events.

First and foremost, my dad died. I’m sure I would attain a sense of aging based on that event alone. But because of failed cell phone connections at 5:30am and my mom not receiving emergency calls, I was the one who had to make split-second decisions on my dad’s care when he went into cardiac arrest.

“Intubate him. Do what you can. Anything.” These were pretty much my words when I answered that phone early on that September morning.

When you are forced to make life and death decisions for your parents, you release the remnants of any previous relationship you have with them.  You’ve “adulted” in the fullest sense of the word.

Secondly, last year was the time period when I transformed from simply becoming aware of my upcoming menopause to experiencing the pangs of its birth. With periods becoming irregular – heavy or nonexistent – I noticed the small to large ways my body was changing.

Hello extra ten pounds! Was that a hot flash? I didn’t realize my anxiety would return…

Maybe it’s one event or two that happen within a short time of one another. Something shifts in our mind, and we no longer see the trajectory of life in the same way.

Now is the time to accomplish what I feel called to do.

Now is the time to take the dreams lodged in my mind and bring them to reality.

Being a 44 year old in 2017 beginning the journey to menopause and losing a parent was transformative in ways that I wouldn’t wish on anyone. And, yet, most of us have to face these types of changes.

And this is when we shed our old ways and prioritize the elements in our lives so that on our deathbeds there will be minimal to no regrets.

I head into 2018 with words like “resilience” and “survive” on my mind. After a year like 2017, I no longer see this endless time ahead of me. This new year must reflect my new mindset as I care for myself in new ways, love in deeper way, and carpe diem like I haven’t before.