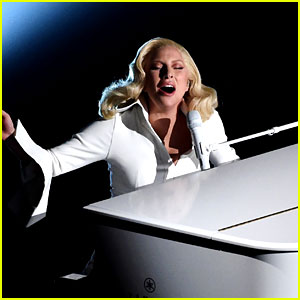 Did you see Tamar’s sisters tonight on the Oscars?

Did you see how this disgraced daughter of David’s story never died?  It keeps happening.  But it no longer stays silent.

Stop for a moment.  How many of Tamar’s sisters do you know?  How many young women on college campuses or in cars or apartments found their bodies invaded?

We all know someone, even if they’ve never told us their story.  Maybe their too embarrassed.  Maybe they believe that no one will believe them.  Maybe they’ve been told that “it never happened.”  But it did.  It happened.

Tamar’s sisters keep moving.  They keep living in ways that Tamar herself couldn’t.  They learn to love fully.  They find ways to heal – at least down to one remaining scar.

To Tamar and to her sisters: we will believe you.  We will listen.  We will make you feel like your story matters.

Beautiful performance tonight by Lady Gaga at the 88th Academy Awards ceremony.  Click here to find out more about the It’s On Us initiative to stop sexual assault.